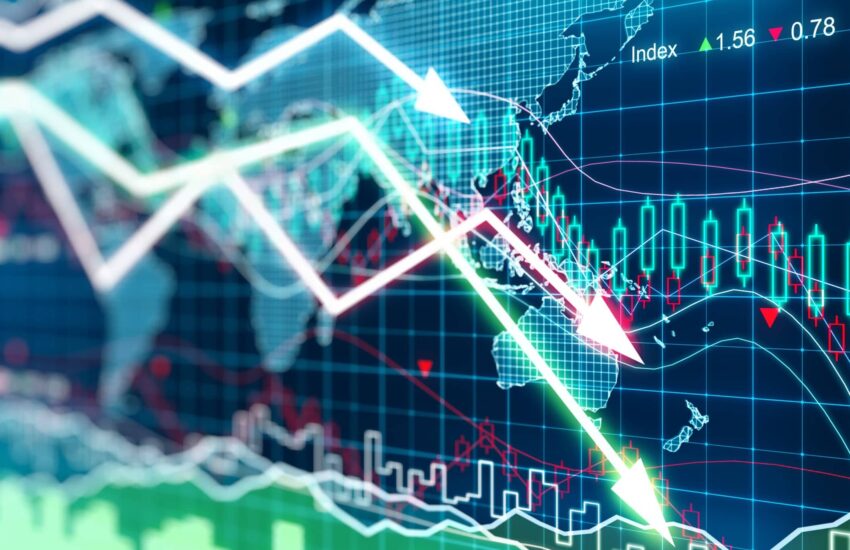 People like to think that intuition is powerful and their own common sense can lead them to greatness in anything. The truth is that in many professions and competencies human intuition often contradicts hard data. Here are some fallacies investors make that lose them money.

The sunk cost fallacy is people’s aversion to exiting a position after they’ve already lost money on it. It’s also known as an investment trap or an argument from waste. In a study conducted in the 1980s researchers found that people are more willing to take risks to recoup a loss than they would be in other situations.

Besides human psychology conventional wisdom re enforces this fallacy. Over time the market has always went up so investors believe that their individual investments will also increase in value.

General Electric has always been viewed as a strong Blue Chip stock. However if you invested in October 1999 your last opportunity to exit the position with a gain was January 2002. People who invested in GE in this 2 year period likely believed that GE would recover, however when the DOW Jones Industrial hit 30,000 on November 24, 2020 General Electric was a little over $10.

Instead of holding indefinitely let’s say that you purchased GE at $55 and finally decided to sell at $30. If you put your money in an investment that compounded 6% interest annually your $30 GE shares would be worth $85.63 instead of $10 today.

Sometimes it is better to exit a position regardless of a loss. Of all the fallacies investors make the sunk cost fallacy may be the most costly.

The Hot Hand fallacy was taken from the idea that a basketball player that has made several shots in a row is more likely to make the next than usual. Of the fallacies investors make, the hot hand fallacy may be the most common.

Imagine if you flipped a coin 5 times and every time it landed on heads. The next flip still has a 50% chance of landing on tails. In certain circumstances humans will assume that what has been happening will continue to happen regardless of the actual probabilities.

This emotional fallacy will lead investors to enter a stock near a high before it corrects or bypass fundamental analysis.

Bitcoin is one of the best exampled of a hot hand fallacy. In 2017 it was easy to convince yourself that the value of Bitcoin would increase indefinitely.

I know more people that were scared off from investing after buying Bitcoin late in 2017 than from any other single investment opportunity in my lifetime.

When I was a child I knew many adults that were lured into investing by 40% APY returns from mutual funds right before the tech bubble burst. They fell victim the hot hand fallacy followed by the sunken cost fallacy. Today their investment has more than tripled but after the initial loss it has taken over 20 years.

All time highs only become a data point worth looking at when a stock is trending up and approaching that mark. Past success is not a guarantee of future performance. The past valuation fallacy is a symptom of the sunk cost fallacy.

Many investors still believed GE was a bargain in 2003-2004 when it began trending up. An in depth analysis would have shown that technology was affecting many of GE’s income streams and management was doing a poor job of addressing it.

Their acquisitions over the past 2 decades have not been strategically sound and investors know it. However people that haven’t studied the market see GE products everywhere and may have a sentimental idea of GE being a powerful conglomerate.

A good example of the gambler’s fallacy is in dice when someone rolls 3 straight 7s and believes that the odds of rolling a 7 in the next roll has decreased.

The term Monte Carlo fallacy comes from the most famous example of the gambler’s fallacy. On August 18, 1913 at the Monte Carlo Casino’s roulette wheel the ball landed in black 26 times in a row. The odds of this streak is 1 in 66 million and gamblers lost millions of francs betting that red would be the next roll and that the streak was causing an imbalances in probability and that a long streak of red must follow.

The media is one of the worst perpetrators of fallacy when it comes to finance. Their narrative drives their content, and ratings decide the narrative.

Even though markets are complex and thousands of factors play into price movement the media reports that every story they write moves prices and in turn it’s a self fulfilling prophecy. A story that gets mainstream attention will have a compounding effect where every outlet that covers it extends its reach to someone that may react.

An example of the post hoc fallacy is “China clamps down on crypto, Bitcoin dumps”. Without evidence that directly ties price movement to a news story this is a common reductionist tactic employed by the mainstream media. It turns out that sometimes crackdowns have the opposite effect on price, but the only thing the reporter knows is that he wrote this piece today while the 24 hour price was down.

This train of thought can get investors in trouble when they start using upcoming events to forecast price. For instance believing prices will rise because an upcoming product launch but ignoring the 26 days between now and that launch where anything can happen. I also see many investors report that a certain news story has caused a price movement when in fact it was an entirely different story that caused it.

Don’t misunderstand; News stories often affect stock prices, but it’s important to have an in depth understanding of the cause and effect of these stories and tie them to actual transactions on the market before making assumptions. News sources can often move prices more by reporting a story with strong sentiment more than the actual story did.

How These Fallacies Play Out When Investing

I more often feel the gambler’s fallacy when an investment has been gaining but then starts to fall. I always think that it will reverse course and wind up holding for too long.

Identifying these mistakes is the first step to correcting them. The only sure bet in investing is if your choices are heavily driven by sentiment and emotion you will fall for these fallacies investors make and not perform very well.