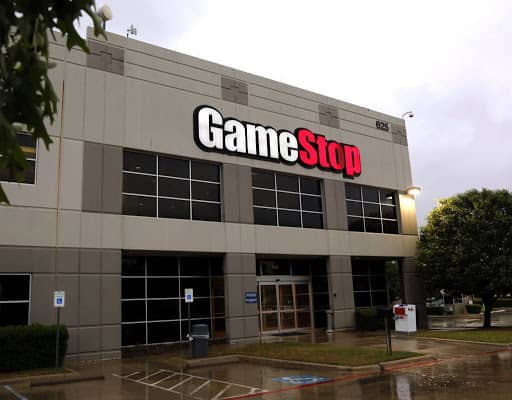 Retail investors have dominated headlines this week after members of the Reddit Wallstreetbets engineered a short squeeze on GameStop stock.

The maneuver began when Reddit users found that hedge funds had shorted 138% of outstanding shares which meant that if the price began to rise investors would need to purchase all of the roughly 70 million shares to cover their positions.

It didn’t take much manipulation to push hedge funds into a massive buying frenzy.

What is A Short Sell?

Short selling is when a broker borrows shares of a company and sells them with the expectation that prices will fall and they will be able to purchase the shares back and repay them at a later date.

This is one simple way to bet that a stock price will fall.

Short selling can be risky for average investors because the potential loss is unlimited. Unlike buying shares of a stock where you could only lose the amount you have invested, your losses on short selling can be substantial because prices can go up much higher than the current price of a stock.

In the case of GameStop it was trading at around $20 on January 12 and peaked at $347 on January 27 when hedge funds announced that they had covered their short positions.

How This Affects Wall Street

The biggest impact may be in how hedge funds manage risk and how they evaluate short positions. I expect to see many investors getting out of short positions that are over leveraged in the coming days, and almost all larger investment firms will be dedicating more resources to tracking crowd sourced investing on social networks.

In the long term look to see the feds make laws that will curb this type of market manipulation.

In the short term hedge funds and other financial institutions have taken a hit. Investor confidence has also taken a hit. There is a chance that this could be the straw that breaks the camel’s back in that many tech stocks have been trading at inflated PE ratios for years.

Most analysts have expected a market correction ever since the dip last March. Though unlikely, it’s possible that this Wall Street Bets fiasco could push the sled over the edge of the mountain. People just aren’t as confident in a market that is irrational.

Did The Little Guy Win Today?

Most people do not have a comprehensive understanding of all the pieces at play this week. Early investors most definitely made off like bandits. The biggest winner were the whales swimming in the Wallstreetbets pool when this began.

The key was investing before hedge funds covered their large positions.

Money to fund these investments came from 3 places generally. Lots of investors have built impressive portfolios with the surge in the cryptocurrency and tech sectors over the last 4 years. Some retail investors are literally playing with hundreds of thousands of dollars.

Secondly, the government has pumped a considerable amount of discretionary income into the market in the last year. Some would characterize this move as a bunch of $600 investments piling up.

Third and most troubling, many of these young investors leveraged debt for fear of missing out. There are 20 year old college kids maxing out their credit card to gamble against hedge funds that their parents may even have paid for their college through.

So while the early investors came out wealthy, there are thousands of young investors that bought in over $300 that rushed to sale as the price plummeted, and will likely repeat this manic process 2 or 3 times. The media has framed it like they were aware of the risks and didn’t care, but as someone that deals with these communities daily I can tell you that is very far from reality.

I see people get wrecked every day chasing similar pumps. They usually have invested more than they could afford to lose and they’re the worst equipped at dealing with it.

The way the market works this wasn’t a clean transfer of wealth from the wealthy to the poor – it was an unbalanced equation that will have just as many retail investors nursing 30% losses as the number it minted.

The Fed Generally Tries to Protect The Market

Moves to stop trading on Robinhood and other platforms are more common than most people realize. When a large number of people are getting hurt in the market the fed will often step in as a stabilizing force.

The most common are trading halts issued by the FINRA. These are issued when a company is scheduled to release news that could significantly impact price. This gives traders the opportunity to review the news and make plans rather than blindly reacting to price movement.

Other non-regulatory trading halts can occur when there is a significant order imbalance between buyers and sellers. The Over The Counter Bulletin Board maintains a trading halt list.

The SEC can also suspend trading for any security for up to 10 days.

In addition to the exchanges and multiple regulatory authorities being able to halt or suspend trading for specific securities, the markets in the US have circuit breaker mechanisms that are aimed to stop trading when the market is in free fall.

In March trading was stopped for all 3 main indexes after the SPX fell 7%, the cutoff for an automatic halt to trading. This was due to fears over COVID. In August 2015 trading was halted over 1,200 times in one day.

How Will The Short Squeeze Affect GameStop?

In the short term it can give GameStop some options. They can now sell shares they hold for an inflated price to provide some liquidity. The increased valuation may also help GameStop finance debt.

Ryan Cohen, the founder of Chewy.com, made a significant investment in GameStop in 2020 hoping to turn the company around. His shares saw a 1700% increase this month. Many investors have faith that Cohen could help save GameStop and his investment has netted him 3 board seats.

If GameStop can alter their strategy this surge in stock price may give them room to maneuver to set a turnaround in motion. If they stick to the brick and mortar paradigm without expanding their digital products, this will only serve as a perfect exit point for investors like Ryan Cohen that could have helped GameStop turn things around.

Prices for the stocks of several hedge funds and capital management firms have dropped significantly and the DOW crossed below 30,000 today. The overall effect on the market may have more of a direct effect on GameStop than its own short term price increases over the long term, so this stunt may actually hurt the industry titan.

On the surface the GameStop short squeeze is a classic pump and dump scheme that was bolstered by overleveraged short positions. The person that benefitted the most, Reddit user Keith Gill who posted under the username “DeepFuckingValue” was up over $22 million since he began purchasing options in 2019.

There is no clear evidence of any crimes being committed however. The fact that most of the collusion took place on a public forum makes any ethical or moral charge void of substance.

This isn’t an altruistic David & Goliath story either. Many people will lose money in this circus, not just hedge funds. In the end when all the dust settles on the GameStop short squeeze there will be no lasting injury to the man, only to the greater market which effects every single one of us whether we invest in it or not.