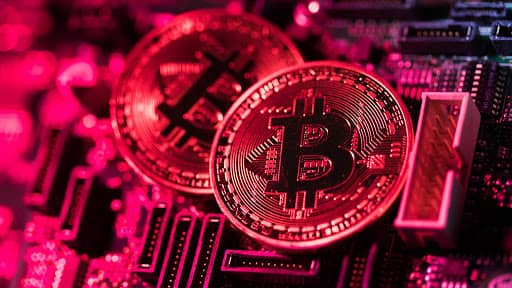 Most crypto analysts have very bullish projections for Bitcoin but they could be incorrect, and most have published similar projections that put Bitcoin at around the $120,000 level at the end of 2021. These projections are based solely on previous patterns and Fibonacci retracements.

Most of the Youtubers and content creators have repeated these projections making them all but fact in the crypto community. I believe they are oversimplifying a complex market, and if you are betting your life savings on a 2021 Crypto bull run you should consider some of these outstanding variables.

The biggest difference in 2020 is that the market cap is so much greater that it will take more than Silicon Valley speculation to push the price to astronomical heights.

In past rallies that came after the halving cycle the contracting supply was enough to spur an upward trend which fueled speculation.

We’ve now come to the point that institutional investment will be needed to keep pace with past cycles, and we are seeing some of that. If the big financial institutions joined together in a Bitcoin boycott they could effectively end the cycle of astronomical gains every 4 years at this point. There would still be gains, there just would no longer be exponentially larger.

If you are a fund manager though you aren’t going to want to be the guy that missed out on Bitcoin 4 times. Even people that were initially skeptical are starting to come around. Many funds have started hedging their portfolios against Bitcoin with 1-2% investments – but we won’t know for a couple more months whether Bitcoin will get the type of investment it truly needs to spur massive speculation at this market cap.

Many large funds are stuck buying AAA rated bonds and can’t even consider purchasing cryptocurrency in its current form.

However there is $73 trillion invested in the world’s stock markets, and the global derivatives markets are estimated between $500 trillion and $1.2 quadrillion. It’s at the point where money will need to be moved out of other assets to continue the type of growth we’ve historically seen.

The global supply of “narrow money”, which is easily accessible is approximately $36.8 trillion. The investment pool Bitcoin has traditionally had access to is shrinking. It will need more than supply contraction – it will need new investors with big money.

As a currency Bitcoin needs liquid money in the form of another currency converted into BTC to grow. As a currency it needs to be adopted by merchants. It’s clear however that most growth is from speculation and investment and the prevailing sentiment is that Bitcoin is more useful as a long term store of wealth than an everyday currency.

If Bitcoin’s market cap grew to $1 trillion it would be worth over $50,000. If it was adopted as a global currency it would only need to represent 2.7% of circulating currency to reach that market cap.

If Bitcoin made up 3% of circulating currency and 1.5% of the world’s investment combined it could reach $120,000.

Bitcoin was revolutionary in 2009, but as time goes on its weaknesses are becoming apparent. Programmers are racing to develop blockchains and other technologies that can transact faster and cheaper. Bitcoin is slow compared to Visa’s credit card network and there have been several competitors such as Litecoin, Elrond Gold and XRP toss their hat into the ring to compete as an everyday exchange mechanism.

Financial companies are even getting in on the game. XRP is touted as being favored by central banks, and even VISA has applied for blockchain patents. Even with their recent brush with the SEC XRP could be poised to bounce back if they can clear up a route for re-entry into the US market.

Bitcoin’s goal of replacing all the world’s currency is becoming more unlikely. Even crypto enthusiasts are starting to believe that it is more valuable as a long term store of wealth, but that’s not a bad thing for a long term investor.

The thing is that as a long term store of wealth you could look to Gold as a barometer for future market cap, and that means the price of Bitcoin could 60x if it is only ever used in this capacity. It is becoming the prevailing sentiment which means a faster cryptocurrency could eventually surpass Bitcoin as it vies for everyday purchases.

As investors decide what the real use of Bitcoin is we will be able to zero in on its real value. I don’t know if that’s going to coincide with this next bull run however.

The problem is that without adoption by institutions currency is spent or converted and investment is sold. Even though only a small percentage of merchants actually take Bitcoin, they only do so because it can be converted back to a fiat currency.

When Square and PayPal integrated Bitcoin we saw strong bull rallies. This is one type of mass adoption by financial institutions that it would need, however institutional investment so far has been more of a hedge than a significant investment.

When asked about the future of Defi Mike Green put it best.

“For me, it ultimately plays back down to part of what I’m concerned about with the dynamics of passive [investing], right? You’re relatively young, but you don’t remember a world in which preferred equity was an investable instrument or convertible debt.

Those things don’t exist for you. You have to ask yourself, “Why?” And the answer is very simple, because they don’t exist in Vanguard’s world. So, they don’t have funds that have any real way to invest in those, and they receive more than 100% of the marginal capital that’s being invested in the markets.

As a result, anything that veers from that normal is going to actually face a penalty. You’re going to have a higher cost of capital associated with it, because there isn’t a defined source of that capital. ”

It doesn’t make sense for large institutions that control the majority of transactions to adopt decentralized currencies or digital currencies like Bitcoin that cannot be controlled at this time. It would be more prone to fraud because banks could not easily track and reverse transactions. Also they can’t profit off of it.

Even though we will likely see some gains in 2021 and some institutions are already moving to hedge against those gains, it isn’t clear whether Bitcoin is going to get the momentum it needs to go to the $120,000 to $300,000 many analysts are predicting.

The Market is Unpredictable

Besides the larger market cap and increased competition there is also the possibility of significant events disrupting the bull run. Of course a hyper inflation event could increase momentum, but a Defi bubble pop could send investors running for safer ground – or maybe even into the arms of a waiting Bitcoin.

These cycles depend on reaching new highs to stay in news headlines. It’s Bitcoin’s persistence that convinces aging hedge fund managers to hedge against its success. It’s large investment combined with prominence in mainstream media that moves the price significantly that spurs average people to jump in for fear of missing out.

The sentiment among crypto enthusiasts is that the cycle will force all of this, but with the larger market cap investment has to be much larger to mirror past gains in their magnitude. A lot of average people believe they have already missed out and institutions are playing it safe. A $50 million investment may seem huge, but if it’s only 1% of a hedge fund’s portfolio it’s still not a true vote of confidence.

What Indicators Are Showing

Over the last 3 years the companies that could easily move into the crypto space have done so. It will take time for larger institutions to make the same shift.

Since BTC broke $20,000 we have seen a combination of two things; large hedge funds and institutions taking long positions and thousands of wallets taking smaller positions. We are also seeing some whales move around large amounts of BTC between wallets (possibly timing a sale).

Bitcoin has reach 88 on the relative strength index recently. All of these indicators point to a sell off coming with a correction of 25%-30%. I expect that there will be a small correction between late January and early March.

The question is whether speculators have jumped ahead in 2021. Wall Street says that Bitcoin will not meet crypto analyst expectations, but pretty much every crypto enthusiast is betting a that Bitcoin hits its retracement in the next 18 months going to a price between $60,000 and $150,000.

If Bitcoin continues to be a popular Cryptocurrency it will almost definitely break $100,000 in time. It would certainly outperform the S&P 500 over the next decade.

If Bitcoin really starts to challenge Gold as a more predictable long term store of wealth then you will see some solid growth that represents more than just speculation.

There have been several new blockchains and tokens developed to improve upon the speed and cost of transactions but they do not have the infrastructure and adoption. The network effect that has been sustained by being the most decentralized and first legitimate offering has allowed Bitcoin to remain king.

As long as industry leaders like Square and PayPal keep adopting Bitcoin its outlook is good. As the future use case of Bitcoin is zeroed in on it will help drive investment because all of its use cases represent much larger markets. The question for investors in 2021 is whether or not the Bitcoin projections are incorrect because those questions weren’t answered soon enough for institutions to come around.

Stay tuned next week for when we tell you why Bitcoin IS going to record highs in 2021 and how you can join in on the fun!